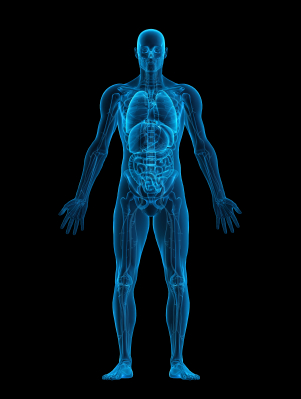 Lene Andersen, the writer of the excellent blog, The Seated View, and a columnist for MyRACentral, has a wonderful post up today describing the many different kinds of pain. Lene has had rheumatoid arthritis since she was a child, and as an adult, contracted fibromyalgia as well. This is a writer who knows her subject well. Do go read her post, “Like Snow,” when you have a few minutes free.

In the comments on that post, I respectfully added yet another description of pain, one that describes best how an intense flare feels to me:

“The Butter Knife. Imagine a butter knife wedged between the joints of your knee, or perhaps your great toe. Now, imagine someone flexing it up and down, forcing the joints apart just a little, then back, over and over again in time with your heartbeat. This pain, which is a combination of sharp and deep, can last for 15 minutes or 15 hours, and sometimes even longer.”

When I wrote yesterday about RA pain (or any pain, I suppose) being relative and subjective, it was The Butter Knife I was remembering. I haven’t felt it since 2003, when in the middle of a long remission, the rheuma dragon suddenly attacked my left shoulder. At that time, I hadn’t felt The Butter Knife for at least four years.

Desperate, I took the only thing I had on hand for the pain—Aleve—which of course, had no effect whatsoever. Grimly, I resigned myself to hunker down and wait, without the possibility of narcotic painkillers, until the rheuma dragon’s flare let me go.

During the second day of the flare, one of my co-workers suggested that I pop over to the chiropractor’s office next door to our newspaper offices. Maybe the doc could do something about my pain, she said.

Well, I knew he couldn’t cure my RA, and I wasn’t very confident that he could do anything about the pain, but I decided to give it a try. I got lucky; the doc was between patients on a slow day and took me right in. I’d never been to a chiropractor before; I’d heard about the “adjustments,” and considering the intensity of the pain my shoulder was in, I was pretty fearful. There was no way I was going to let him “adjust” anything. At that point, The Butter Knife had been digging at my shoulder joint without pause for about 36 hours; I was fatigued and feeling very, very fragile.

The nice man did no “adjustments.” Instead, he powered up his magic ultrasound machine and sent deep, warm sound-waves through the tight muscles and aching joint and tendons of my shoulder, telling me to relax and enjoy this gentle, quiet comfort. He worked on my shoulder for about 10 minutes, then asked me how it felt.  It’s still pretty sore, I said. He asked me to show him what my range of motion was now.

When I’d walked into his office, I couldn’t move that shoulder at all without gasping. I’d been forced to hold my arm tight against my body, bent at the elbow, with my closed fist at about neck level. In that position, The Butter Knife still flexed and dug with my heartbeat, but it was just about bearable. If I moved my arm, though, the whole joint jolted into sparkling agony.

As a result, since the flare had started so suddenly the day before, I was functioning one-handed. My pain-tolerance-level, which had been pretty high back in the bad old days, was now reset at “normal,” so I was pretty miserable. So this guy thought ten minutes with a woo-woo machine and I’d be all better? Yeah, right.

I figured I’d humor him, though. Gingerly, I moved my arm from the tight-to-the-chest position. To my utter astonishment, I was able to straighten out my arm, allowing my hand to drop to thigh level. It still hurt, but it wasn’t that stabbing, overwhelming, intensely throbbing pain anymore. When he saw my face, my chiropractor friend grinned and said he’d work on me with the ultrasound for a while longer.

When I left his office 20 minutes later I had about 70 percent ROM back in my shoulder, and my pain level had gone from a screaming eight to a dull, throbbing four. I was deeply relieved. And the flare didn’t re-intensify later. Instead, by the following morning, it was gone and my shoulder was back to normal.

Of course, when I got his bill the following week, I was astonished again. The half-hour ultrasound treatment was $120. I had no idea what chiropractic treatment was supposed to cost, but it seemed like a lot. But I was grateful for the chiropractor’s help in relieving my RA pain, so I winced and mailed him a check.

While it was nice to know that I now had a non-opiate drug option available to relieve some of my pain if I had a really bad flare again, I also knew I wouldn’t be able to afford the friendly chiropractor and his ultrasound machine very often. (At the time, my medical insurance wouldn’t cover chiropractic, and small-town newspaper editors are far from rich.) If my rheuma was back and ramping up again, I’d be in that sort of pain almost daily.

The very idea depressed me. I’d have to go to my primary care doc, get a referral to a rheumatologist, and start taking those nasty, nauseating, useless and dangerous drugs again. It was something I really, really didn’t want to do.

Why? Because for all those years when my RA was bad, not a single NSAID or DMARD I’d taken had any effect at all on my rheuma. I took and tested one after another after another, but my disease remained just as severe and active, attacking various joints once or twice a week in transitory flares that lasted from four to 72 hours. Some were intensely painful; others I could handle, managing to work and do other things while I was hurting, though I was often disabled to some degree by the pain. After six years of frustration and dashed hopes, I’d finally stopped seeing a doctor for the rheuma at all. I stopped taking everything but ibuprofen and naprosyn, which was by then available over-the-counter as Aleve. I didn’t have much faith in it (as a prescription medication it had been useless for me), but I kept it in my medicine chest just in case.

Fortunately, I didn’t have another Butter Knife flare in my shoulder or in any other joint. My RA remained in remission for two more years. I still had a few very minor flares, but I could handle those easily. I’d take a few doses of ibuprofen or Aleve, the pain would drop back a little and within a few hours, be gone.

The point of this story is that we do all perceive pain differently—even past pain compared to present pain. There are different types and intensities of pain, too. That’s one of the reasons I’ve been reluctant to get steroid shots for the bursitis in my hips (besides the fact that I’m a clucking chicken when it comes to injections in or near painful joints). This hip pain is, to me, moderate. It’s not the dread Butter Knife at work.

It’s The Nag, to use one of Lene’s descriptors. And because the two kinds of pain don’t really compare, I’m almost embarrassed to complain about it.

As I mentioned in my last post, I’m grateful that I’m not having pain like I used to have, even though my RA is no longer in remission. It’s active and, while my rheumatologist feels it’s “under control,” that doesn’t mean that it doesn’t flare or cause me pain. It’s just different, now. And the bursitis, itself probably triggered by my autoimmune RA, is yet another kind of pain. It’s a new one. I’ve experienced nothing I can compare it to. But it’s here, it has become constant, and it’s starting to get worse.

So I’ll add yet another pain description, this one for bursitis of the hips: The 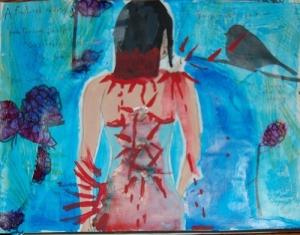 Dive. You know how when you swim in the deep end of a pool, and holding your breath, you dive underwater to the bottom? Pressure builds up in your ears, making your head feel sort of  like it’s clamped in a vice. It’s not too tight, but it’s unmistakable and un-ignorable. That’s The Dive pain in my hips. At night, laying down and trying to sleep, I go deeper “underwater” than I do during the day, so the painful pressure gets worse, becoming a constant, dull, ugly ache that disturbs my sleep and has me wishing it would go away, all night long.

The Butter Knife. The Nag. The Dive. How would you describe your RA/fibromyalgia pain?