There was a lovely, fierce, white-haired woman who lived in the community 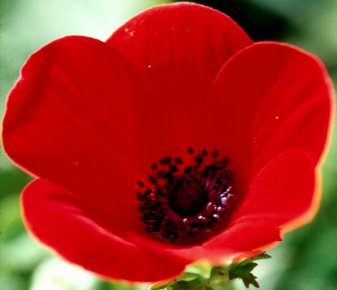 where I edited a newspaper in the late 90s and for a little more than half of the 2000s. Evie was in her 80s, but she was sharper than most 40-year-olds I knew. She was a senior advocate, working tirelessly for the rights of elderly people. She decried those who would abuse and exploit the elderly, laid shame on the Bush Administration for its royal balls-up of Medicare Plan D and reminded readers of all ages that elders have an active voice in their communities and indeed, a great deal of wisdom to pass on, should anyone take the time to listen.

She wrote a weekly column about senior issues. Believe me when I say she was a tigress, as small and immaculately dressed and civilized as she was.

Evie never let a holiday pass without a written observation. In 2006, as the war in Iraq was about to surge, she wrote her Memorial Day column, musing about how most Americans seemed to be more interested in a three-day weekend and going out to play than in the real meaning of the holiday: Honoring our war dead.

“That there are American soldiers dying the war against terror on a daily basis is reason enough for us to spend the day in honoring and remembering those who have made the ultimate sacrifice,” she wrote.

She stated that she’d like to see the old tradition of wearing a red poppy on Memorial Day return. It originated, she wrote, with “a woman by the name of Moina Michael who, in 1918, wrote a poem with the words, ‘We cherish too, the Poppy Red / that grows on fields where valor led, / it seems to signal to the skies / that blood of heroes never dies.’”

Evie believed that Memorial Day should also honor veterans who are still living, but who spend their days enduring physical or mental pain and disability as a result of injuries received on the battlefield.

She was close to this issue. She had personal experience with it. Her only son was one of the many Viet Nam vets who fell ill following the war from his exposure to Agent Orange. He contracted non-Hodgkins lymphoma and severe and chronic respiratory disease.

“He is and will remain a 100-percent disabled veteran for what remains of his life,” she wrote. “It took more than 20 years before symptoms of his disability appeared, as many other veterans of that war have found who were also exposed to that deadly chemical.”

She visited him at his home once a week, and in spite of her age, gave it a thorough cleaning and made dinner — because he couldn’t.

As she did every year until she passed away in 2010, Evie flew the American flag in front of her house to honor America’s veterans, both living and dead.

“However, there’s one nagging question which may never have an answer,” she wrote. “Will all those soldiers who did not die on the battlefield, but nevertheless will die premature deaths because of war injuries, ever see their names on the Memorial Wall in Washington, DC? They, too, are giving their lives for their country. It’s just taking them longer to die.”

In Flanders Fields
In Flanders fields the poppies blow
Between the crosses, row on row
That mark our place; and in the sky
The larks, still bravely singing, fly
Scarce heard amid the guns below.

We are the Dead. Short days ago
We lived, felt dawn, saw sunset glow,
Loved and were loved, and now we lie
In Flanders fields.

Take up our quarrel with the foe:
To you from failing hands we throw
The torch; be yours to hold it high.
If ye break faith with us who die
We shall not sleep, though poppies grow
In Flanders fields.

We Shall Keep the Faith
Oh! you who sleep in Flanders Fields,
Sleep sweet – to rise anew!
We caught the torch you threw
And holding high, we keep the Faith
With All who died.

We cherish, too, the poppy red
That grows on fields where valor led;
It seems to signal to the skies
That blood of heroes never dies,
But lends a lustre to the red
Of the flower that blooms above the dead
In Flanders Fields.

And now the Torch and Poppy Red
We wear in honor of our dead.
Fear not that ye have died for naught;
We’ll teach the lesson that ye wrought
In Flanders Fields.

The above was excerpted and updated from a post I wrote for my other (and now defunct) life-and-politics blog, Blue Wren.

2 thoughts on “Remembering on Memorial Day”