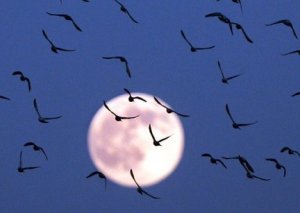 new decade. Not being much for resolutions (why add to the already-weighty load of everyday guilt I carry around when I inevitably break them?) I’ve wondered what wee bit of wisdom I might offer to the blogosphere.

See, I don’t feel very wise. Sure, I’ve accomplished a few things this year I’m pleased about – a respectable weight loss, an increase in exercise, keeping a neater home – but these are little things. If I’m a cog in the Great Wheel of Life, I’m a very, very small – if occasionally squeaky – one.

Yet 2009 has brought some good things into our lives. Some of them have been world-shaking changes. Hope has generally been in greater supply since January 1 a year ago. That’s a very good thing. Not least of those changes is the indisputable and historic fact of an African-American president.

But even in the face of the hope electing President Obama represents, 2009 has been a bitterly hard year. Many, many hardworking Americans abruptly lost their livelihoods, or their homes or their nest-eggs when the bill for the power-drunk, spending-like-there’s-no-tomorrow Bush years came due and we discovered that all our wealth was nothing more than ephemeral digital data. Fairy dust. It vanished, suddenly and profoundly, into the ether and our real-world economy came crashing down around our ears.

I was the editor of a community newspaper for most of the 2Ks; I watched with a sort of horrified fascination as the price of homes in the local real estate market ballooned way beyond their actual value; watched as young thirty-somethings with small children poured into the community, snapping up houses that were so pricey you could only assume they had wonderful, fairy-tale jobs that paid them in the high six figures. It was amazing. Surreal. I watched – and reported – as powerful, local developers built more and more McMansions, schools and retail centers; watched as the small, bedroom community my paper served sprawled out over the once-pristine, rolling foothills; watched with wry skepticism as everyone suddenly drove cars that cost as much as houses once had, many of them humongous, gasoline-sucking SUVs or those ultimate symbols of ostentatious waste, Hummers.

And all that in the face of oil prices that were rising almost daily, making each stop for a fill-up more painful for those of us without those fairy-tale incomes.

There were already some ominous – if mostly ignored – rumblings in the foundations when I was laid off, a sudden and frankly, unsuspecting victim of company “downsizing” at the very end of 2006. I was shocked and hurt to be cut out of my livelihood so coldly and finally, as if I was nothing more than numbers on a spreadsheet. To my chagrin, I discovered that was what I was to my employer.

Well, I was tired. Burnt out. So I rested for a while, trying to find my new place in the world. I did some freelance writing. I worked on the novel I’d always wanted to write but never seemed to have the time for when I’d been employed. I worked on my house. In between times I looked for a new job, but I wasn’t terribly disappointed when my efforts came to nothing. I still had my savings. So I used them. And used them.

By the end of 2007 I was still unemployed. Things were starting to look very dicey, and to my dismay, there just weren’t any jobs available in my field within reasonable commuting distance from my home. Freelancing was not paying the bills. My savings were dwindling; I was now forced to dip into my retirement fund.

By the middle of 2008 I had to concede defeat and apply for unemployment. By that time, although the nation was still not quite ready to admit that we’d built our entire foundation on dry sand with chewing gum, tissue paper and wishes, there were even fewer jobs and many, many more people competing for them.

I don’t need to go into what happened after that. We’re all living in the profoundly changed America that the Great Recession brought down on our heads. I was recently approved for my third extension of unemployment benefits; it humiliates me, but I’m very thankful it’s available for when we need it most.

A few hours from now I have a job interview. I’m certainly qualified for the position, but I’m competing with much younger people these days – a humbling fact that has been drummed into my psyche – so I’m not setting my hopes on it. At any rate, the job won’t pay much. I’ll be lucky if I can take home roughly the equivalent of my dwindling unemployment benefits, and since it’s a 32-hour-per-week gig, the company doesn’t have to offer health care or any other benefits. I’ll be back to working hourly, my days as a salaried worker far behind me.

Oh, well. It’s a job. I hope I get it. In the meantime, this ongoing change in my economic life has made me much more mindful of – and thankful for – the really important things: Love, family, dear friends, and good health. Life is truly what you make of it.

I value all of you, my fellow travelers along the RA road, more than you know. Thank you all very much for the kind words of support you’ve given me over the last several months. I’m looking forward to continuing the conversation.

So, finally, here’s my New Year’s wish for 2010, the hopeful start of a new year and a new decade: May we all have a joyful, healthy and prosperous new year, a year full of love and good fortune. May the changes that are taking place in our lives, our country and our world continue to be positive and lasting, even if slower than we’d like. And may we all have peace and be of good will toward each other, today, tomorrow and forever.

Happy New Year! And don’t forget to wish on the Blue Moon tonight!