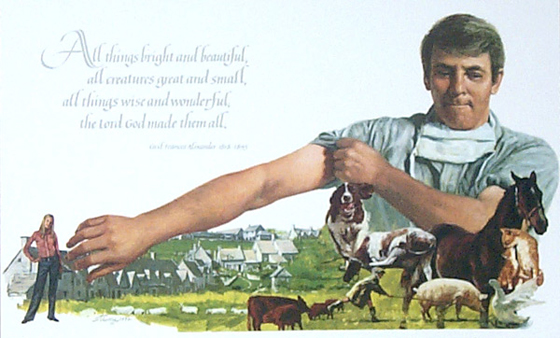 RA Guy put up a post today about his recent, two-week-long battle with truly awful rheumatoid arthritis pain. Like most of us who have the disease, I understand and empathize with him as he writes about it, particularly the shoulder pain. I’ve been there. My shoulders were often the site of rheuma attacks. (Not so much now, at least not yet. Fingers are crossed …)

Guy wrote clearly and descriptively about the pain, but he also writes about how he coped, both physically and mentally.

Toward the end of the two weeks his doctor offered him sleeping tablets. Guy writes about how he’s always been reluctant to take sleeping aids (and with reason). This time, he took them – but just half-doses. As a result, he was able to get several longish, uninterrupted stretches of sleep over a period of a few days. Not full nights of sleep, but a lot more than he’d been getting.

Now, and for the last two days, he’s feeling much, much better. The pain, while not “gone,” is mild and bearable. He’s on a “streak,” he says.

During the initial, dreadfully painful years after I was diagnosed with rheumatoid arthritis, I did a lot of thinking about it and what might be done to relieve the flares of pain. I knew for a fact that when I was able to sleep deeply, and without waking, for a good stretch of hours, I generally felt better. My body needed that rest. More, my mind needed it.

The late Dr. James Herriot, the British veterinarian who wrote about caring for the animals and people of his beloved Yorkshire Dales in the 1930s, wrote a chapter in one of his books about a little dog. As I remember it, the dog had been grievously injured; Herriot patched the little guy up, setting his broken bones and stitching his wounds. He was pleased with himself – the job had looked impossible at the start, but after hours of concentrated perseverance, he’d succeeded. The little dog would live and, once healed, be almost as good as new.

But the little guy didn’t recover well. He was in terrible pain. He was dying in spite of the vet’s dedicated work. Herriot wrote frequently about how animals experienced and coped with pain, at least as he perceived it. He felt that because animals couldn’t really understand why they were hurting or what it was that was hurting them, serious pain frightened them. They were unable to flee this particular threat, and the constant flow of adrenaline exhausted and weakened them.

He looked into the little dog’s eyes and saw abject suffering and terror. He’d given the animal the usual dose of painkilling medication, but it wasn’t enough. The trouble was, a larger dose would kill the dog. But if it continued to suffer this way, its own terror would certainly kill it anyway.

Herriot was flummoxed. That night he got into his books. He read and read. It bothered him deeply that the dog was suffering like it was – and he knew if he could just get it through the next few days, it would heal enough to cope.

So he took a huge risk and injected the dog with a drug that would put it to sleep. Too much, and it would die. Too little, and it would do no good. With his heart in his throat, he took the little animal to the very brink of death, and monitoring it closely, kept it there for several days, letting it sleep and sleep and sleep.

Herriot’s theory was that if the dog was sleeping and unconscious, it wouldn’t be feeling the pain of its injuries, and thus would also not be in a constant, silent state of sheer terror. In sleep, its body – and mind – could rest and heal. He wasn’t sure if it would work. He’d never heard of anyone trying this before, and of course the risk of accidentally killing the dog was ever present.

To his relief, it worked. When he stopped injecting the sleeping drug, the little dog woke up. It was still in some pain, but now the painkiller he gave it, in safe doses, was enough to keep it comfortable. The animal lived – and to Herriot’s delight, it healed and went on to live an active long life, bringing great daily joy to its elderly owners.

When I’m experiencing a bad flare – and these can often last days and days – sleep is hard to get. The pain wakes me over and over in the night, and it takes a long time to find a comfortable position and get back to sleep. Sometimes I can’t. So on top of the pain and its attendant fatigue, I’m sleep deprived. Exhausted.

I’ve often remembered that story about James Herriot and the little dog he saved by helping it sleep, and I’ve wondered how such a treatment would work for humans. Then I shake my head. There’s no way a doctor would risk the life of a human being that way; certainly not the life of someone who has chronic, debilitating pain but is otherwise healthy.

I understand the stance of the healer, but at the same time, I’m frustrated. Pain starts a vicious but instinctual cycle going. Pain makes us anxious – we want to “get away from it,” but we can’t. That anxiety makes us tense. Our muscles tighten up. We breathe faster, more shallowly. And that increases the pain, which makes us more anxious … and so on and on.

Narcotic painkillers interrupt that cycle to a great degree. So do other pain medications and techniques, like electrotherapy, ultrasound therapy and acupuncture. But I wonder, particularly after reading RA Guy’s post this morning, if simple, deep, uninterrupted sleep wouldn’t work just as well. Sleep that would give our minds a rest along with our bodies. Sleep deep enough that, when we woke up, we’d be rested and stronger, perhaps more able to cope.

Unlike injured or sick animals, we pretty much know why we hurt. Unfortunately, that knowledge isn’t always enough to help us avoid that awful cycle of pain-anxiety-more pain. Wouldn’t it be wonderful if we could simply sleep through it?

2 thoughts on “The power of sleep”