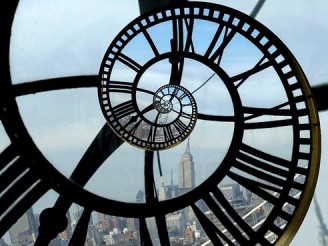 I made a mistake.

I stayed up late last night, listening to author Neil Gaiman reading chapters of his wonderful book, “The Graveyard Book.” I was enthralled. As a writer and a seasoned explorer of my own imagination, I’m overawed by Mr. Gaiman’s. Hearing him read his own work was well worth staying up past bedtime for.

Except I forgot to take my evening meds until I was getting too tired to listen anymore. In fact, I was surprised at how late (early?) it was. So I took them, patting myself on the back as I crawled into bed. At least I did take them. I didn’t forget completely.

Just one problem: among the two tabs of sulfasalazine, the one tiny, triangular tab of Arava, and the tiny round dose of folic acid, there was also my nightly dose of Elavil (amitriptyline). It’s a very low dose, meant only to ease me off to sleep and relieve pain. And it does work, as long as I take it consistently.

But it works so well that I usually take it, and my other bedtime meds, around 9 p.m. That way, when I toddle off around 10 or 10:30, I fall right off to sleep, and except for a 3 a.m. sleepwalk to the bathroom and back, I’m out like a light until 6 a.m. or so, at which point I wake slowly but easily, feeling refreshed. I hate taking pills, but Elavil is one I’ve learned to appreciate. It does exactly what it’s supposed to do.

So what’s all this about? I didn’t take my meds last night until about 1 a.m. I considered not taking the Elavil, but I was afraid if I didn’t, I might not sleep well. My hands were annoyingly achy and I knew they’d make me restless. So I took it.

I woke up at 10 this morning. How embarrassing! Mr. Wren was long gone to a medical appointment and doing a Costco run. My daughter, who’s home from work today with a stomach bug, was up and cautiously eating a piece of toast. Matt was up and about, preparing to run errands. The dog had been fed, the woodstove was blazing. Only my old cat had slept as long as I did. And he was huuuungry. I stumbled around, mumbling, and fed him. My hands were swollen and stiff. Fumbly.

I have always been an early riser. Even on weekends, when I could have slept in as late as I wanted to, my eyes would spring open at 6 and, try as I might, I couldn’t go back to sleep. When I stay in bed more than 8 or 9 hours, my whole body starts to ache and forces me upright. And when I was working 50-plus hours a week, I hated sleeping on weekends because I didn’t want to sleep through and waste those precious “free” hours. I also tend to be a night-owl; I have to make myself get into bed at a reasonable hour.

And now I’m all discombobulated. Not only am I groggy, I’m also inexplicably drowsy, but there’s no way I’d get back in that bed. I look at the clock and do a double-take. Four p.m.? No! How could it have gotten that late? Yet I look out the window and the sun is still high in the sky, though it has headed westward toward its setting point way out there beyond the Coast Range. Toward spring …

That’s it. I’ll blame it on bloody Daily Savings Time. That’s what’s got me so jabberwockety. Not the sun, which is doing the same thing at the same rate that it has always done since the dawn of time. No, it’s that stupid, artificial turning of the clock’s hand one hour ahead, so there will be an “extra” hour of sunlight in the evening. Isn’t that just the silliest thing? There’s no extra hour, not really …

I have just set an alarm to remind me to take that tiny tablet of Elavil at 9 p.m., when I should. I hope to awaken at my usual hour tomorrow so that all will be right in my little world.